The Handel Yearbook is the scholarly publication of the George Frideric Handel Society. It regularly publishes the papers of the International Scholarly Conferences, which are held annually as part of the Handel Festival in Halle and in cooperation with the Handel House Foundation. In addition, the Yearbook offers the report of the President of the George Frideric Handel Society, the text of the public festival lecture, integral part of the Handel festival calendar, statistics on staged performances of works by Handel, and an overview of new publications on the subject of Handel.

The Handel Yearbook has been published in this form since 1955. Between 1928 and 1933 there was already a series of six volumes of the Handel Yearbook, edited by Rudolf Steglich on behalf of the Handel Society. This association was founded in 1925 and dissolved in 1935. It considered itself the successor of the German Handel Society, which had already been initiated in 1856 by Chrysander and Gervinus in view of the jubilee year 1859.

The Handel Yearbook has been published by Bärenreiter since the 1996/1997 volume. It can be purchased online and in bookshops; members of the George Frideric Handel Society regularly receive the Handel Yearbook as a free membership gift. Since the 2020 volume, there is also an edition of the yearbook as an e-book (pdf) in addition to the printed version. 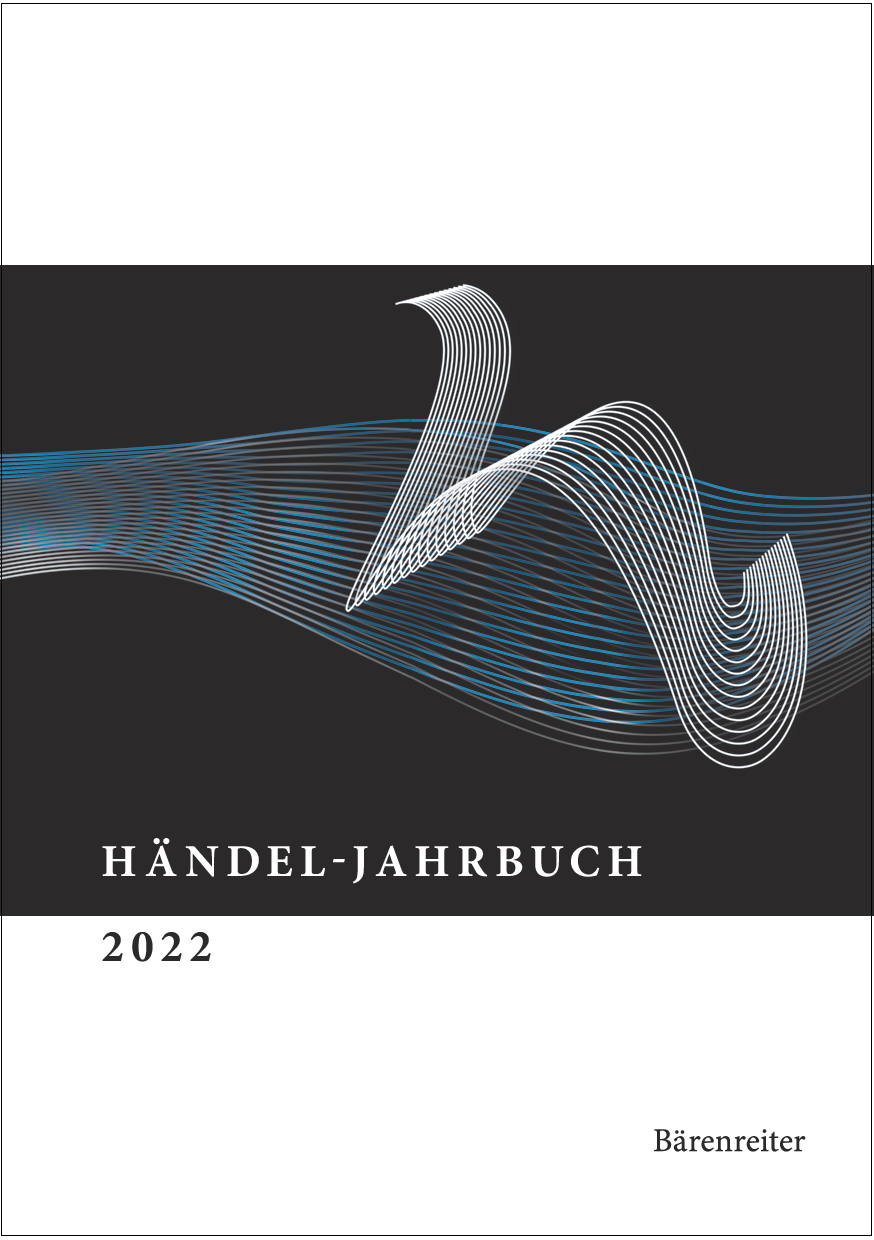 The Handel Yearbook 2022 was published in time for the Handel Festival and is now also available as an e-book. It includes the papers of the International Scientific Conference “Redemption and Modernity – Handel’s Messiah between the late 18th and the 21st Century”, which focus on the history of performances, arrangements and reception of the Messiah. Due to the pandemic, the conference was held online and brought together scholars from Tokyo, Germany, Austria, England, South Africa and the USA to Barbados. The volume begins with the festive lecture by Andreas Waczkat, who looks at images of Christ in the oratorios of G. F. Händel and Friedrich Schneider. After the conference papers, there are three free research essays as well as reports and information, including the report of the President of the Handel Society, the continued performance statistics by Manfred Rätzer as well as a list of new publications and reading recommendations.

This download area is only for use by members of the George Frideric Handel Society. If you are interested in becoming a member, please contact the office gesellschaft[at]haendel.de.

Complete index and tables of contents